Hey everyone!! This week was a blast! its been straight contacts all day everyday but we´ve been finding like crazy so thats so good!! We actually found a guy named Juan Carlos this week and he is a machine! We found him on thursday, taught him on friday, and he came to church on sunday so we were super happy!!! He is super awesome and he accepted the B-date in the first lesson so that was super awesome!! This week we also found the best part member family ever!!!! We were walking around at 9:40  and our appointment fell and there wasnt anyone in the street so we prayed to find someone who was prepared for the gospel and we decided to walk down a street that we hadnt been down before and we saw a man watering his flowers at fetching 10 a clock at night hahahah and so we went up to talk to him and his first response was ¨Elders!!! I havent seen you guys in forever! We had been waiting for you guys for a long time.¨ We were like….Alright sweet bud….ahhahaha. He told us that his family had been inactive for many years but he loves the church and the elders and he said that he started to work on sundays so thats why he couldnt go to church. So we set up an appointment with him and his family and we came by the next day and they had invited the ENTIRE family and we sat around a table with 11 people and we began to testify and share with them and the spirit was so strong and we were able to leave them all with a book of mormon! Such a cool family and we will see if we can baptize the non members of that family woo woo!! Also the zone is super awesome and we are killing it right now in the mission and we implemented a lot of new ideas and plans in order to move the work forward and help these missionaries acheive their potencial so everything has been super great over here!!! Love you guys! 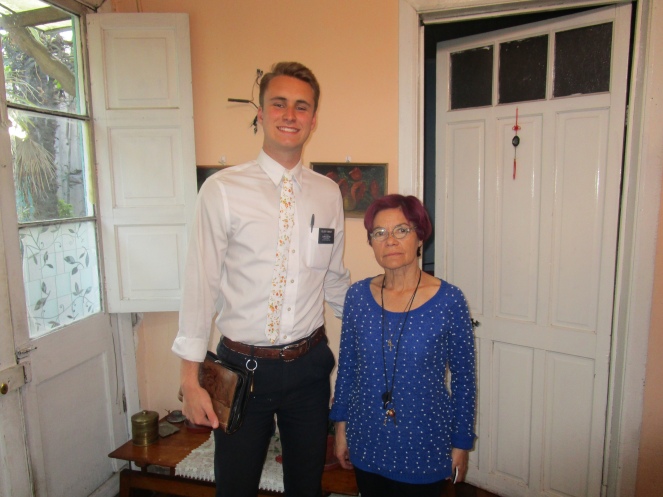